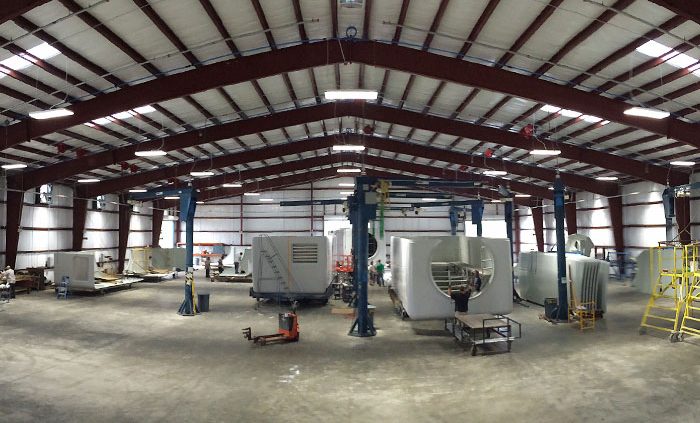 The US Market receives more capacity in Nacelle and Spinner manufacturing with the latest expansion to Jupiter Group in Pensacola.

With keys to the new building in hand workers began moving the machines necessary for production into the latest expansion for Jupiter Group, the third expansion globally in 12 months. The assembly hall is a 2300 m² facility built to increase the capacity for meeting the demands of the US market.

Jupiter Group has seen promising growth in the US market and as part of Jupiter Group’s global growth initiative decided to invest in this area among others. The hall was built with lean methodologies in mind to maximize efficiencies which will be key moving forward as Jupiter Group strives to drive down the cost of energy.

The existing manufacturing facility is staying in its current location adjacent to the new assembly hall and is now prepared for new orders.

With more than 20,000 Nacelle covers in the field, Jupiter Group has a long track record of consistently supplying quality composite products to the largest OEMS of the wind industry.

Click here to read more about our Products and Services