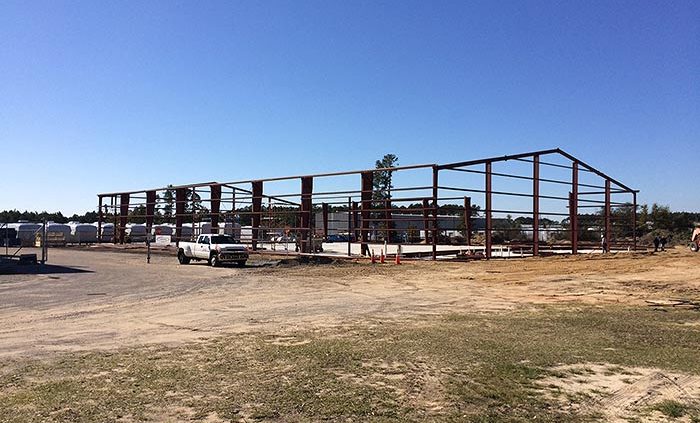 Jupiter Group has been in a steady growth pattern over the years, and that growth has prompted the need for more capacity in the United States.

Jupiter Group is pleased to announce the addition of another 2,300 m² assembly facility in Pensacola to further expand the current 4,600 m² manufacturing facility. The assembly hall will feature a completely redesigned work flow with  Jupiter’s lean manufacturing methodologies in mind. The new floor plan will enable the assembly lines to switch seamlessly between a variety of nacelle and spinner models, further enforcing Jupiter’s modularity principles.

With this expansion Jupiter will also be increasing the current headcount with another 50 personnel. Jupiter Pensacola has added over 150 new jobs with the 2015 demand and 50 of those in just the last two months. Ground breaking for the new facility was in October 2015 and the facility is now slated to begin operation in March 2016.

Jupiter Group is very excited to grow the business and create manufacturing jobs in the local area.